District to hire15 iPad "facilitators" to help with deployment

"I think the guiding principle that drove everybody was: What is in the best interest of our kids? I can attest to that. I can sleep tonight with my conscience very clear that we did the right thing for our kids.”
-Dr. Jaime Aquino, LAUSD 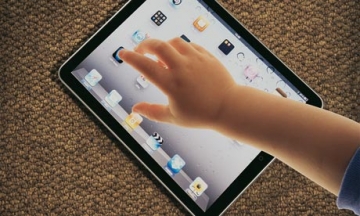 LAUSD approved a $30 million contract to purchase 30,000 iPads for students. The deal reached will cost LAUSD $678 for each iPad, including a case and learning software. The approximate left over $10 Mil will be spent on teacher training, support for the first schools, and for 15 technology experts. This is an ambitious effort to put a tablet in the hands of every student in the district within the next 14 months.

The money comes from a voter-approved bond for the 47 initial schools. The contract allows students to take home their iPad, and Apple will have to replace any lost, stolen, or broken iPad. As well as each plan comes with a 3-year warranty. There is no confirmation of whether students will receive a second iPad after their warranty is expired or if it stops working after a few years, nor if they return the iPad at the culmination of their studies.

The district said that they chose to make tablets part of the curriculum so each student will be duly prepared for university and for the job market.

“I think the guiding principle that drove everybody was: What is in the best interest of our kids? I can attest to that,” stated Dr. Jaime Aquino from LAUSD. “I can sleep tonight with my conscience very clear that we did the right thing for our kids.”

Students will take online tests, engage in online lectures, and courses, as colleges are using Blackboard or Moodle to track classes, syllabuses, and hold discussions, LAUSD feels this will prepare their students for the future.

The iPad tablets will use the Pearson educational software, and each tablet will be set up the same, keeping continuity between schools.

Amy De Vore is a licensed independent health insurance agent. She writes articles that pertain to health issues for Senior65 and Medicoverage.com. Google

Map of iPads in Schools